A century of heat transfer technology

Celebrating 100 years in business..... Learn more about the progression of EJ Bowman and our products since the establishment of the company in 1919 to the present day.

The ‘Great War’ was over and with life returning to normal, many of the technological developments made during the years of conflict, would have a lasting effect on the country.

Vehicle technology, for example, had advanced rapidly during the war and the motor car, until then mainly a curiosity of the wealthy, was becoming a genuine alternative to traditional horse powered transport. 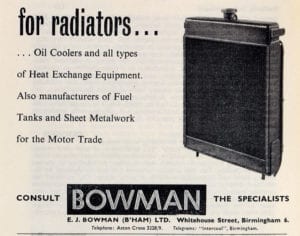 With cars being built throughout England’s industrial West Midlands, the companies that made them required good, locally sourced components.

The company’s success and growth led to a change of name in 1928, when E J Bowman (Birmingham) Limited was established and further expansion of its production facilities followed to keep pace with ever increasing demand. 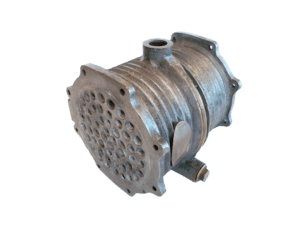 By the end of the 1930s, the company started to explore new opportunities, developing its first tubular oil cooler for marine engines, plus a radical new heat exchanger design for cooling a 1000 HP marine engine.

However, during the hostilities of World War Two, the company was engaged in supporting the war effort, producing radiators for military vehicles and marine engine oil coolers for the Royal Navy. Then, in 1943, the company’s founder, James Bowman died and was succeeded by his son, Edwin Bowman as managing director.

The return to peacetime saw the company continue the development of its marine oil coolers, with numerous, innovative designs created, including the introduction of removable tubes stacks; an approach which laid the foundations for the company’s future products.

Further new oil cooler and heat exchanger designs were developed for a variety of industrial and marine applications and as Bowman’s reputation for quality and reliability grew, so did the opportunity for expansion into numerous export markets; a strategy that has continued to this day, currently the company exports over 70% of its heat exchangers to virtually every industrialised country in the world.

Radiator production ceased in the 1960s; the Morgan Sports Car Company being one of the last customers. Bowman moved further into the marine cooling market, developing an innovative concept that combined the heat exchanger, header tank and exhaust manifold in a neat single unit that reduced external pipework and improved engine ‘packaging’. This concept proved so successful that most small marine engines now use this arrangement.

The company’s success was again marked with sadness, when in 1972 Edwin Bowman, son of the founder died, leaving his sons John and Roger to run the company as joint managing directors. During this period the business expanded significantly; its Birmingham headquarters were re-developed with new offices, plus significant investment in its engineering and technical resources. This included extensive thermal testing of its products. The results being incorporated into a computer selection programme, providing customers with fast and accurate recommendations for their cooling requirements. This, combined with the decision to carry much larger stocks of finished products, enabled Bowman to provide significantly faster response times – often Bowman products were delivered to customers before quotations had even been received from others! 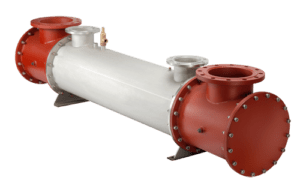 As the company moved towards the new millennium, it embarked on a major diversification programme, which saw the introduction of several new product ranges, including swimming pool heat exchangers; exhaust gas heat exchangers for recovering waste heat energy from engine powered generators; plus a new plate type heat exchanger, where the company created a design quite different from anything else available.

Now firmly established as a ‘world leader’ in heat transfer technology, as Bowman approaches its centenary it is now in the fourth generation of family ownership; Claire Bowman having joined the company during this period.

Whilst the company has strengthened its management team to reflect the changing business landscape, it remains under the control of direct descendants of the founder, James Bowman and aiming to continue the success of its first 100 years, the company looks forward to the future with confidence.